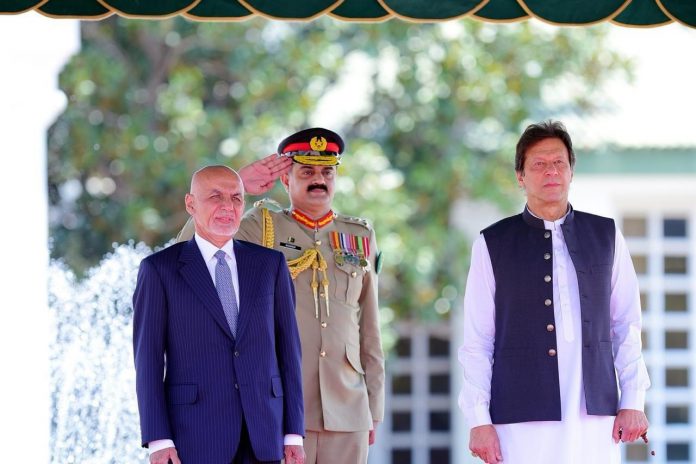 Prime Minister Imran Khan has arrived in Kabul, at the invitation of President Ashraf Ghani, for his maiden visit to Afghanistan, with issues pertaining to regional security and economic cooperation on the agenda.

Although there were reports that the PM will be visiting Afghanistan, no such date was announced. However, both the Afghan Foreign Ministry and Pakistan’s envoy to Afghanistan Mansoor Ahmed Khan have confirmed that the premier will be visiting the neighboring country tomorrow.

The premier’s visit comes at a time when ongoing peace negotiations between the Afghan government and the Taliban have hit a stalemate and violence is on the rise.

The PM will meet President Ghani, Abdullah Abdullah, the head of Afghan High peace council, and other authorities and reiterate Pakistan’s support for the Afghan-led and Afghan-owned peace process, local media reported.

I was pleased to host HE Abdul Razak Dawood @razak_dawood, Adviser to HE @ImranKhanPTI, Prime Minister of Pakistan for Commerce & Investment. I welcomed them to AFG, & exchanged views on peace efforts, & bilateral relations. pic.twitter.com/VsBrRJnnc2

Meanwhile, the prime minister’s adviser on commerce, Abdul Razak Dawood, is already in Kabul for discussions on bilateral trade relations and the Afghanistan-Pakistan Transit Trade Agreement (APTTA). The APTTA allows Kabul to use Pakistan’s land to transport goods to India.

Both countries have held a fractious relationship in the past, and with the United States slated to withdraw a significant proportion of troops from the country by January 2021, this visit comes at an opportune moment for both countries to enhance their bilateral cooperation and ensure that peace and stability come to a region that has been devoid of it for decades.