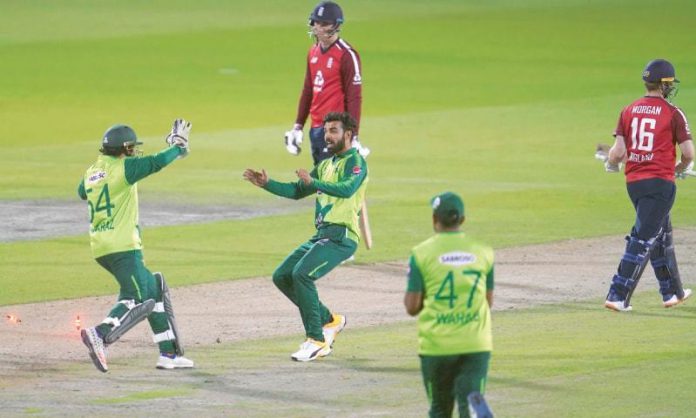 LAHORE: Pakistan Cricket Board (PCB) has announced the schedule of its men’s national cricket team’s tour to England and Wales in July 2021 that will comprise three ICC Men’s Cricket World Cup Super League ODIs and as many T20Is.

The ODIs will be played in Cardiff, London (Lord’s) and Birmingham on July 8, 10 and 13, respectively while the T20Is will be held in Nottingham, Leeds and Manchester on July 16, 18 and 20, respectively.

It may be added that England lead the points table of the qualification league for the ICC Men’s Cricket World Cup 2023 with 30 points from two three-ODI series. Pakistan share second spot with Australia on 20 points following a 2-1 series win over Zimbabwe, while Zimbabwe and Ireland are on 10 points each. The remaining eight sides in the 13-team competition are yet to play their opening fixtures in the Super League from which the seven top-ranked sides and World Cup hosts India will progress directly for the event proper to take place in October/November 2023.

The ODI series against England will be one of Pakistan’s three away fixtures in 2021 with the other two being against South Africa (April 2021) and Afghanistan (September 2021). In addition to these away series, Pakistan will play two home Super League fixtures against New Zealand and the West Indies in October and December 2021, respectively.