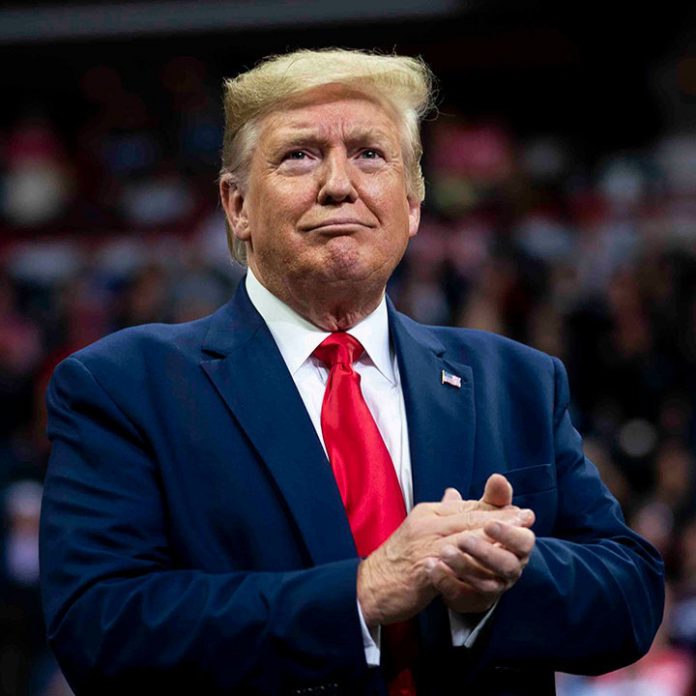 (Washington) Republican President Donald Trump alleges ‘major fraud’ in the elections, saying “we will be going to the US Supreme Court”. He added “as far as I am concerned, we have won.”

Addressing the nation at White House in Washington on Wednesday, he predicted he will win a second four-year term and accused Democrats of attempting to “steal” the election from him, without citing any evidence.**

“Frankly, we did win this election,” Trump said after claiming he was winning several battleground states where votes were still being tallied.

“This is a fraud on the American public,” Trump said.

"All of the sudden, I said, what happened to the election? … they knew they couldn't win, so they said, 'let's go to court'" — Trump thinks counting the votes is a conspiracy against him pic.twitter.com/IYY0FcVcCn

Trump won the battlegrounds of Florida, Ohio and Texas, dashing Biden’s hopes for a decisive early victory, but Biden said he was on track to winning the White House by taking three key Rust Belt states.

Democratic presidential candidate Joe Biden said in his speech that he believed “we’re on track to win” the US Election 2020. In his address to supporters in his home city of Wilmington, he added: “We know that this unprecedented vote count will take a little while. We are confident about Arizona that had a massive turn out.”

Earlier, in a tweet Trump stated, “We are up BIG, but they are trying to STEAL the Election. We will never let them do it.” He added, “A big win” for re-election.” His tweets came immediately after a statement from Democratic presidential candidate Joe Biden, who said he was optimistic about his prospects of winning.

I will be making a statement tonight. A big WIN!

US president Donald Trump gained an early lead over his Democratic opponent Joe Biden in the Presidential elections, thanks to victory in Indiana and Kentucky.

Donald Trump is seeking to continue his presidency for another four years. His Democratic challenger, 77-year-old Joe Biden is hoping to unseat him.

Democratic’s Biden has held a consistent lead in the polls throughout campaigning but in the last week Trump has led energetic rallies as he seeks to produce another shock result.