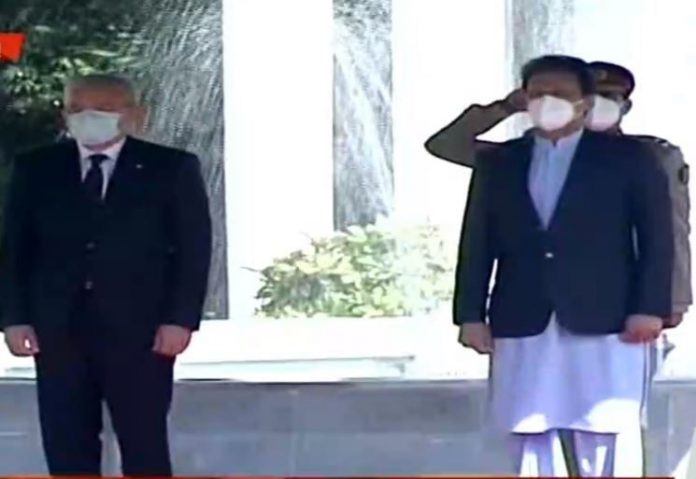 The PM received Dzaferovic at the PM House where a guard of honor was presented to the visiting dignitary. The two will hold tete-a-tete and delegation-level talks. They will also witness signing of MoUs, PM office said in a statement.

He called for a peaceful resolution of Kashmir dispute in the light of UN Security Council (UNSC) resolutions and said human rights should be respected in the occupied valley.

Dzaferovic is on a two-day official visit to Pakistan and is accompanied by a high-level delegation, including the minister for security as well as presidential advisers. He will hold meetings with President Dr. Arif Alvi, Speaker National Assembly Asad Qaiser, and other dignitaries.

“The visit of the Chairman of the Presidency of Bosnia and Herzegovina will serve to enhance bilateral relations and strengthen cooperative bonds between the peoples of the two countries,” the Foreign Office said.