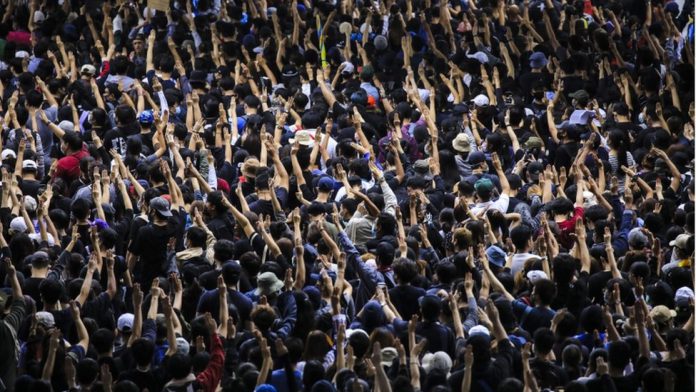 The youth-led movement has suffered several blows this week, with scores arrested after demonstrators surrounded a royal motorcade and flashed “democracy salutes” at Queen Suthida. The government reacted with emergency measures – including banning gatherings of more than four people in Bangkok – and the arrest of protest leaders who have called for the removal of Prime Minister Prayut Chan-O-Cha, a former military chief brought to power in a 2014 coup.

But the crackdown has served only to embolden the movement’s mostly young supporters, who have turned up in large numbers to rallying points announced at short notice in a bid to outwit authorities.

Premier Prayut – the object of the movement’s ire – said protesters must “exercise their rights under the law”, but worries there may be players with bad intentions seeking to “create violence”, said his spokesman Anucha Burapachaisri.

“The Government repeats that it is ready to listen to all people,” he said in a statement. The police maintained a low-key presence Sunday as local media said more than 20,000 people descended on the landmark from late afternoon shouting “Free our friends” while carrying posters of those arrested.