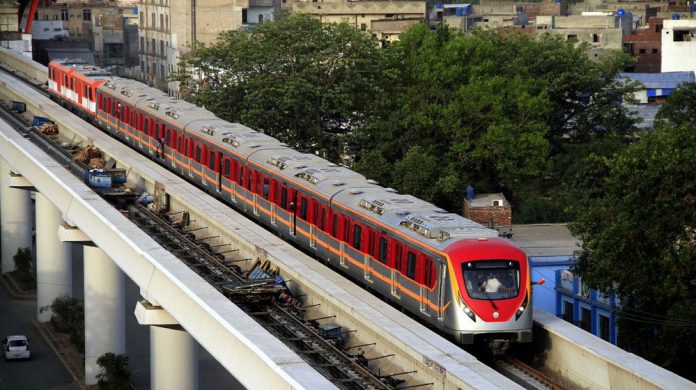 (Karachi) The Punjab government has approved Rs40 fare for the yet-to-be-inaugurated Orange Line Metro Train, after the chief minister rejected a transport department proposal for fixing the ticket price at Rs50.

A notification issued by Punjab Government’s Transport Department stated: “In exercise of the powers conferred under Section 5(d) of the Punjab MassTransit Authority Act 2015, the Government of Punjab is pleased to fix flat fare of Rs40 per passenger per trip (single journey) of Lahore Orange Metro Train with immediate effect.”

Earlier, the senior officials of the Punjab government took a ride in the Lahore Orange Line Metro Train that completed its high speed test run. The test run of the train was conducted at the high speed of over 70km per hour and it was completed in 20 minutes.

Orange Line is an automated rapid transit system in Lahore and is scheduled to open later this month. The line will be Pakistan’s first metro in the entire country and spans 27.1 km with 25.4 km elevated and 1.72 km underground.

The line will be served by 26 stations and is expected to handle 250,000 passengers daily. It is a part of the wider China-Pakistan Economic Corridor project and is being financed by both the Government of Pakistan and Government of China.