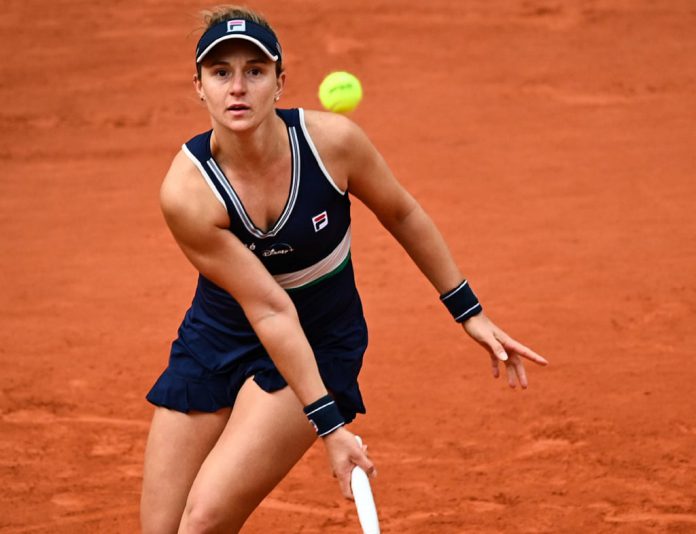 PARIS: Two years ago, Nadia Podoroska could not afford to travel to tournaments after her earnings dropped following a wrist injury, but on Tuesday she ensured money would not be a problem for a while.

The Argentine beat third seed Elina Svitolina 6-2 6-4 to become the first female qualifier to reach the semi-finals at the French Open, pocketing at least $501,120 – around $200,000 more than she had previously earned in her entire career.

“The toughest part for me was like two or three years ago. I had too many injuries. My ranking dropped,” the 23-year-old told a news conference.

“I was like eight months out of the tour. Then I didn’t have the money to start playing tournaments.”

Podoroska dropped to 508th in the WTA rankings in May, 2018 before gradually working her way up to reach a career-high of 130th last month after winning the Saint Malo Open, an ITF World Tour tournament — one level below the main WTA Tour.

She then entered the qualifiers at Roland Garros and is now on a 13-match winning streak, living the dream.

With a certain sense of understatement, her coach, Juan Pablo Guzman, said that Podoroska was “playing like a good level.”

“The good thing is she can maintain all the match playing at this level,” he added.

Podoroska’s game combines a good eye for angles, decent power and a nice touch for drop shots, which had Svitolina running around the court chasing balls throughout their encounter.

“I think the condition of the weather, of the balls, they are much heavier than usual, the part of the year it’s humid, cold, the courts are heavy, I think it helps a lot for her to play this kind of game,” said Guzman.

“I think she still has more game to show.”

Podoroska next faces either Polish teenager Iga Swiatek or another qualifier in Italian Martina Trevisan.

Victory would make her the first female qualifier to reach a Grand Slam final since tennis turned professional in 1968.