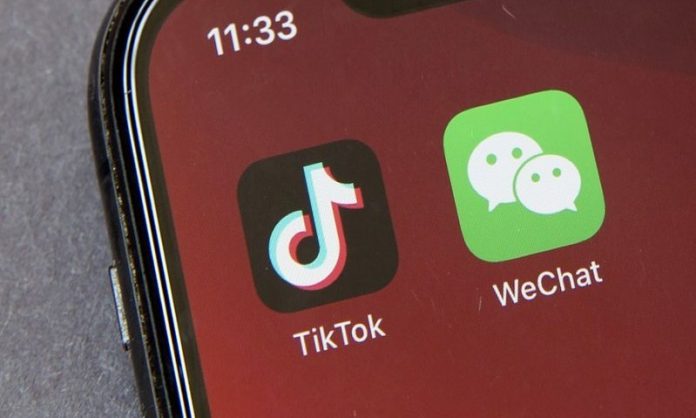 WASHINGTON: The United States on Friday ordered a ban on downloads of popular the video app TikTok and effectively block the use of the Chinese super-app WeChat on US national security grounds, escalating a fight with Beijing over digital technology.

The measures effectively disable the Tencent-owned WeChat app in the United States from Sunday, but are expected to allow TikTok users who have already downloaded the app to keep accessing the service through November 12.

That timeframe potentially allows for a tie-up between TikTok, owned by China’s ByteDance, and a US company ordered by the Trump administration to safeguard data for the popular entertainment app.

US officials described Friday’s measures as essential to national security as President Donald Trump confronts Beijing on a number of fronts amid a tough re-election campaign.

“The Chinese Communist Party has demonstrated the means and motives to use these apps to threaten the national security, foreign policy, and the economy of the US,” Commerce Secretary Wilbur Ross said in a statement. TikTok denounced the order and said it would continue to fight the Trump administration’s crackdown.