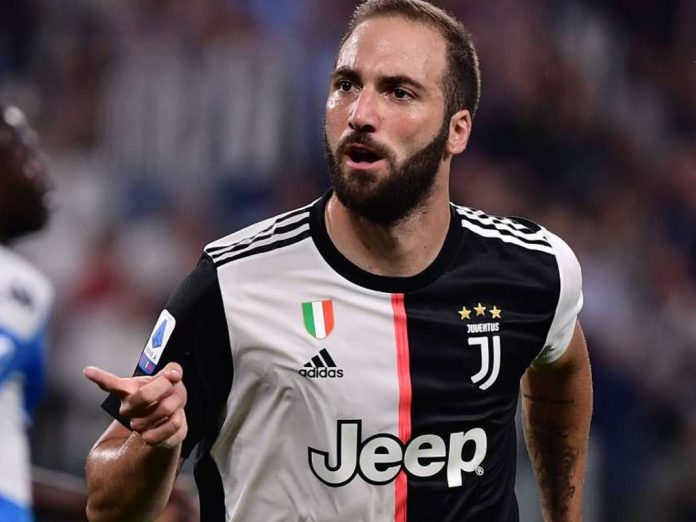 Juventus have officially confirmed Gonzalo Higuain’s departure from the club ahead of Edin Dzeko’s imminent arrival from Roma.

The new manager at the Old Lady, Andrea Pirlo, has been keen to refresh his attacking options. Luis Suarez has travelled from Barcelona to Italy to try and complete a move, but Goal has learned that Juve are now set to sign Dzeko instead.

After joining from Napoli in 2016, Higuain played 149 times for Juventus, scoring 66 goals and winning three Serie A titles.

He also spent time away from the club on loan, at AC Milan and Chelsea.

In a lengthy goodbye message, Juventus claimed Higuain’s exit will save them more than €18 million (£16m/$21m) through the termination of his contract.

It read: “There were many battles together, many goals scored, with many often decisive. Now the paths of Gonzalo Higuain and Juventus go their separate ways: Pipita, after winning his third Scudetto, has officially taken off his Black and White shirt.

“Juventus Football Club S.p.A. announces the mutual termination of the contract with the player Gonzalo Gerardo Higuain. This operation generates a negative economic effect of approximately € 18.3 million on the 2019/2020 financial year due to the residual value write-down of the registration rights of the player.

“Juventus’ Board of Directors has been convened for tomorrow, 18 September 2020, to examine and approve the new draft financial statements as of 30 June 2020 in order to take into account the negative economic effect on the 2019/2020 financial year generated by the aforementioned contractual termination. The draft financial statements as of 30 June 2020 will be submitted to the Shareholders’ Meeting already called for 15 October 2020.

“Gonzalo’s adventure at Juve began in the summer of 2016, with a great impact: he was the best scorer and most utilised player in a season that ended with the conquest of the Scudetto and the Italian Cup, a cup double which was repeated the following year. And since his debut, dated 20 August 2016, Higuain is Juventus’ second-best scorer in all competitions, as well as the sixth best scorer in the Champions League.