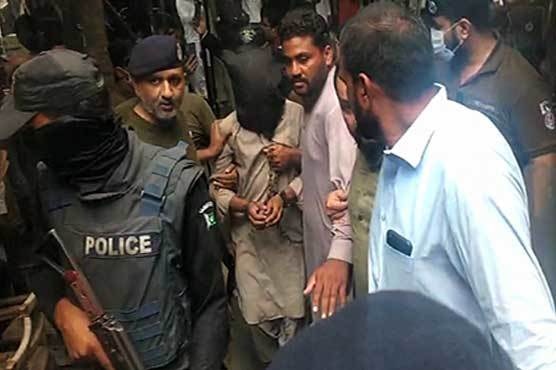 (Karachi) A sessions court granted six-day physical remand of accused Shafqat Ali in Motorway rape incident, media has reported. Shafqat is one of the two prime suspects in the rape case.

Additional Sessions Judge Misbah Khan handed over the custody of the suspect to police for six days for investigation. Shafqat was brought to the court amid tight security with his face covered with a piece of cloth.

The police incorporated Section 7 of the Anti-Terrorism Act (ATA) in the case and it will now be heard by an anti-terrorism court. They produced the suspect before the sessions court due to the absence of an ATC judge.

On September 14, Punjab police arrested Shafqat in Motorway rape incident. Shafqat is a friend of prime suspect Abid and has confessed his involvement in the motorway gang-rape case.

The accused was nabbed during a raid by police in Dipalpur. Shafqat was arrested in light of accused Waqarul Hassan’s disclosures.

During the course of interrogation, suspect Shafqat transpired that he along with Abid had planned to commit robbery on the Motorway. He said they were drunk and under the influence of alcohol.

He highlighted that accused Abid broke the window of the car in which the victim was seated and injured his arm.

He revealed after robbing the woman, they took her and children out of the car and took them in the bushes. There they sexually assaulted the woman and fled.

Shafqat told the investigators that they are habitual criminals and had committed robberies and are also involved in rape incidents. He said after committing the offence, they would escape to Kacha area to hide and evade arrest.