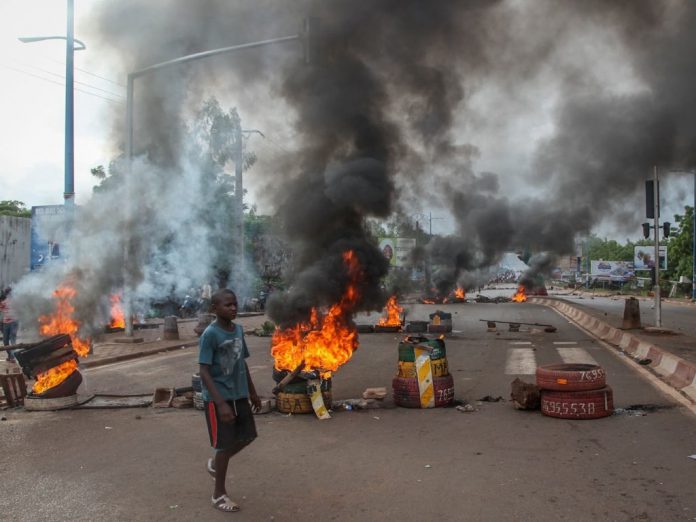 TIMBUKTU: Malian army lieutenant Abdoul Kadri leads a patrol through the bustling streets of the desert city of Timbuktu, gun by his side.

“We go from check point to check point,” Kadri says, explaining that his unit patrols the whole city, which was once a centre of medieval Islamic scholarship.

Kadri’s soldiers patrol in vehicles mounted with high-calibre machine guns — a reminder of the lingering threat of violence in Timbuktu.

Since it first broke out in the north in 2012, Mali has struggled to contain a brutal Islamic insurgency, which has since spread to central Mali as well as neighbouring Burkina Faso and Niger.

Thousands of civilians and soldiers have died in the conflict, which has also exacted a heavy economic toll on the already impoverished West African state.

Exasperation over the situation contributed to a wave of protests against Keita, which led up to his ouster the August 18 coup.

The political upheaval has shown few signs of changing facts on the ground, however. Twenty Malian soldiers have been killed since the coup.

“We must be vigilant because in such situations, the enemy lurking in the shadows could take advantage of negligence,” he said.

As the talks were proceeding, junta officers also visited army camps around the country to ensure military unity, an army officer who requested anonymity told AFP.

But beyond Bamako, life in Mali’s turbulent north and centre has changed little. The region’s many farmers, for example, are focused on the rainy season.

United Nations bodies and many NGOs in Mali have also worked through the coup without pause.

“The immediate question (after the coup) was whether humanitarian access could be maintained, and that was resolved within days,” he said.

The UNDP has warned about the economic impact of the coup, however.

The Economic Community of West African States has shut borders to the Sahel nation of some 19 million people in response to the coup, as well as banning trade.

That move is causing concern in the regional hub of Timbuktu.

“Everything comes from outside,” said Baba Djitey Wangara, a city shopkeeper, worried about restrictions.

“These sanctions cause more harm to the people more than to the government itself,” he said.