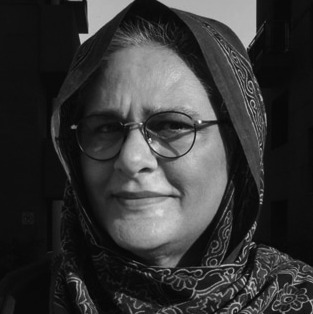 YESTERDAY, Sept 10, marked another World Suicide Prevention Day. Suicide is a global public health challenge, the prevention of which was declared as ‘imperative’ by the World Health Organisation in 2014. This is because most suicides are preventable.

A country with a strong doctrine of save-a-life-to-save-humanity, Pakistan signed up to reduce suicide mortality by 10 per cent by 2020 as part of the Comprehensive Mental Health Action Plan 2013-2020. While many countries either initiated or strengthened national suicide prevention programmes in response to this, Pakistan failed to do so. Now, Pakistan has prioritised a set of global goals under the SDG 2030 agenda, including pledges to reduce premature mortality from non-communicable diseases by one-third through prevention and treatment, and promotion of mental health and well-being. To achieve this target, the designated indicator to be monitored is the suicide mortality rate. There is an excellent opportunity here for the government to develop a national suicide prevention plan.

Eight years ago, the WHO estimated there were 13,377 suicides a year in Pakistan — 7,085 women and 6,021 men. The rate of attempted self-harm is at least 20 times higher, contributing to a significant burden of suicidal behaviour (a term that includes completed suicides, attempts of self-harm and suicidal ideation). Though outdated and under-reported, this burden is still alarming. From some studies in Pakistan, we also know that suicide and attempted self-harm are more common among the young, ie under 30 years of age. We also know rates of suicidal behaviour are higher in Pakistani women than men. Other known risk factors include mental disorders, lower socioeconomic status and domestic violence. Multiple clinical, psychological and sociological variables contribute to suicide psychopathology, all necessitating an urgent and comprehensive national suicide prevention programme.

Based on our resources, collaborative evidence-based strategies, aimed at both the individual and population level, and across multiple settings, should be considered. These may include suicide-awareness campaigns, gatekeeper trainings, access to mental health services, restriction of access to means, media strategies, etc. But this can only be planned if Pakistan first has an effective mental healthcare system in place. Isolated strategies like establishing suicide helplines are likely to waste resources and have limited impact if these are not supported by, for example, credible referral pathways to specialist services.

There are two reasons why Pakistan lags behind when it comes to prioritising mental health.

Principally, there are two reasons why Pakistan continues to lag behind when it comes to prioritising mental health. The first are the capacity constraints within an under-resourced health sector that is, for the most part, overwhelmed by public health challenges, including maternal mortality, malnutrition and infectious diseases. Because we think of mental health as a subsidiary of health in general, it continues to remain low on the list of national health priorities. A lack of any implementation of mental health legislation in the country in the last two decades is a glaring example that our national mental health agenda remains destitute.

The second is the demand that any serious effort to address mental health will make on inter-sectoral collaboration with the ministries of health, human rights, education, interior, law and justice, and disaster management authorities. Tackling mental ill health simultaneously requires the government to holistically address the burden of mental disorders; confront an ever-growing challenge of substance abuse; deter psychosocial adversity including childhood abuse; institute stress-coping mechanisms in young people; prevent gender-based violence; and provide psychosocial support in response to conflict-affected populations or following humanitarian crises. This means that policies that are developed in silos will always fall short.

Until serious efforts are undertaken to prioritise mental health and formulate a comprehensive national suicide prevention programme, there are at least three interventions that Pakistan still ought to initiate to monitor the relevant SDG indicator.

First, Pakistan must decriminalise attempted self-harm. This is vital because Section 325 of the Pakistan Penal Code is a strong deterrent for most people against seeking medical help, and problematic because detection and treatment of high-risk cases is a critical suicide prevention strategy. Previous attempt of self-harm is a well-known risk factor for completed suicide. A bill to amend Section 325 was passed by the Senate in 2018 after approval by the Council of Islamic Ideology and sent to the National Assembly, but unfortunately lapsed following the change in government.

Secondly, Pakistan must set up a national suicide register. The WHO regularly collects suicide data from all member states. Pakistan submits low-quality data on suicides as it is not part of the vital registration system and we do not have official mortality statistics. The complete recording of suicide deaths in death-registration systems requires good linkages with coronial and police systems, yet this is seriously impeded by stigma as well as other social and legal barriers. The provinces will thus have to set up effective surveillance systems to contribute to the national suicide register.

Third, Pakistan must regulate the sale of pesticides and firearms. The three most common methods for suicide in Pakistan are hanging, ingestion of commonly available pesticides, and the use of firearms. Pesticides are highly toxic, commonly used in agriculture and widely available across the country. Similarly, of the 20 million firearms used in the country, only 7m happen to be registered. There is scientific evidence to suggest that restricting access to means of suicide leads to a significant reduction in suicide mortality.

While much work needs to be done, there is an encouraging development as the Ministry of Planning, Development and Special Initiatives is now looking to implement a Mental Health and Psychosocial Support initiative as part of its Covid-19 emergency response, to be piloted in the federal capital. This project aims to develop a scalable model based on e-mental health interventions, build the capacity of a mental healthcare force through a task-shifting approach, and provide mental healthcare at multiple levels. If successful, this model may offer an effective framework to address mental health at a national level, possibly in tandem with a robust suicide prevention programme as a first step to tackling what is essentially a major public health challenge.