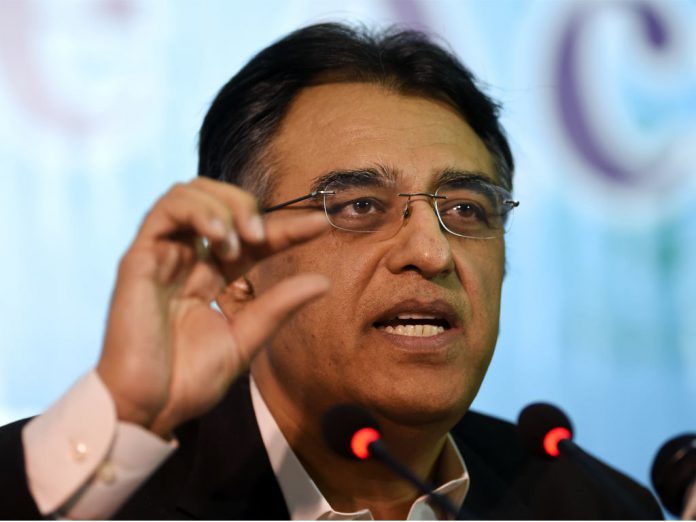 Federal Minister for Planning, Development and Special Initiatives Asad Umar has said that though the remarks of Lahore CCPO Umar Sheikh regarding the victim of the Lahore motorway were unnecessary, they were not illegal.

While talking to a news channel, he said Sheikh’s remarks were unnecessary as it is the right of every Pakistani to travel wherever they please, whenever they please. He said he does not agree with the CCPO’s statement.

But, he asked what action can be taken against him. “Can we say you didn’t make a good statement and take action?” Umar said.

On Wednesday, two men raped a woman at gunpoint when she ran out of fuel near Lahore’s Gujjarpura and was waiting along with her children for help on the motorway.

The two men broke her car window and made her park on the roadside. They then took her and the children to a nearby forest and raped her. Later on, they robbed her of valuables which included Rs100,000 cash and jewelry.

The woman’s initial medical examination confirmed that she had been raped. Following the incident, Lahore’s CCPO blamed the woman and said that she should have taken the GT Road route which has a population on both sides.

Prominent personalites on social media called him out for his victim-blaming and victim-shaming.

Strongly condemn the reprehensible gang rape that occurred on the motorway. On top the insensitive remarks by CCPO Lahore were idiotic & deplorable. Public servants have to be extra careful. They must show empathy as they have been chosen to serve, not to rule.

For an officer to effectively blame a woman for being gang raped by saying she should have taken the GT Road or question as to why she went out in the night with her children is unacceptable & have taken up this issue. Nothing can ever rationalise the crime of rape. That's it.

If you make an excuse for rape by placing the blame on anything except the rapist, you are part of the problem.