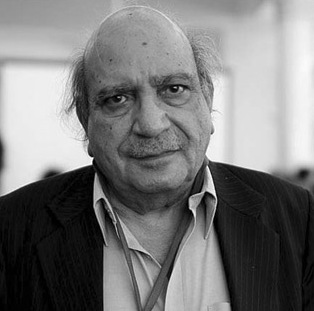 THE prime minister earned considerable credit the other day when he directed the relevant authorities to prepare for the release of women prisoners detained, or likely to be detained in future, for non-payment of fines, and to pay for the fines out of public funds.
This should be taken as the beginning of an operation to extend relief primarily to women prisoners, and to male detainees as well — the benefit of the Supreme Court’s relief package as given last April. The court made the following recommendations for the release of prisoners:
“Under-trial prisoners: Accused persons charged for offences under non-prohibitory clauses or under vagrancy law or offences carrying less than three years sentence may be considered for bail subject to the following: (a) the benefit shall not extend in cases involving abuse/violent acts against children and women; (b) benefit shall first be extended to persons otherwise suffering from ailments or physical or mental disability; (c) benefit shall be extended to UTPs who are 55 years of age or older and then other male UTPs provided there is no history of past convictions; (d) benefit shall be extended to all women/ juvenile UTPs.
“Bail in the above cases may be extended on personal bond.
“Convicts: The following categories of convicted persons may be considered for release by the provincial governments under Section 401 CrPC. (a) Convicts who have otherwise completed their sentences but remain in jail on account of non-payment off line/monetary penalty; (b) Women/juvenile convicts who have completed 75 per cent of their sentence and have no history of past convictions; (c) Convicts whose remaining term in jail is six months or less provided offence was not violence against women or children; (d) Women/juveniles who were sentenced to a term of one year or less.”
The steps suggested by the apex court are necessary to mitigate the suffering of prisoners.
The whole scheme of relief to under-trial prisoners and convicts was suggested by the attorney general, and must have been known to the government. So far the prime minister has announced plans to release women prisoners who are detained because of non-payment of fine. However, the Supreme Court recommendations have set an agenda for relief to prisoners on a large scale.
It is much to be hoped that all provincial governments will give priority to implementation of the Supreme Court’s proposals. The steps suggested by the apex court are necessary to mitigate the suffering of the prison population caused by the tradition of denying bail on a large scale and allowing it in few cases.
The prime minister has also instructed the authorities to draw up plans for improving prison conditions and there is tremendous scope for overhauling the entire prison system as it has deteriorated hugely over the past several decades.
Pakistan’s prison rules were last revised in the light of UN Standard Minimum Rules drawn up in the 1960s. These rules were revised in 2015 and are now called the Mandela Rules. Under these rules and principles the difference between incarceration and freedom has been drastically reduced and the powers of prison administration to care for sick prisoners vastly increased. The need for bringing prison rules in accord with the Mandela Rules cannot be overemphasised.
Even more urgent is the need to improve upon the system developed during the colonial period and sustained during the early decades of independence. Under this system, prisoners were afforded full opportunities to become law-abiding citizens by improving their educational qualifications. These educational facilities need to be revived and their quality continually improved. While all central jails may offer instruction up to Matric level, some, say one in each division, may offer instruction in higher courses and vocational training.
More importantly, the scheme for enabling prisoners to learn crafts, such as carpet weaving, blanket making, carpentry, etc, needs to be revived. There was a time that the entire furniture for the prison department was produced at the Bahawalpur jail and the blankets made at Jhang jail enjoyed good sales in Lahore’s Anarkali bazaar. Pakistan’s first radio-set-making unit was set up at Kot Lakhpat jail. These activities enabled the prisoners to acquire skills that helped them rehabilitate themselves in society after release and also helped push the crime rate down.
By the time the colonial power withdrew in 1947, a number of initiatives had been taken to modernise and humanise the treatment of criminals and prisoners. The idea of open jails had been developed and two such jails were established on Pakistan territories at Manawan in Punjab and Badin in Sindh. Neither became functional. Kot Lakhpat jail too was originally planned as an open jail.
It will be said that the country is no longer dealing with ordinary criminals and that we are now in the age of multinational terrorism and therefore we cannot afford idealistic theories. The argument is only half valid. All that the present situation demands is full security around prisons without a descent into cruelty inside the detention centres. Besides, emergency-driven policies cannot be accepted as all-time guidelines.
What is needed by way of reform in the theory and practice of maintaining prison houses is a new definition of imprisonment. The present meaning of depriving a person of liberty is limited to punishing him for what society considers to be a wrong and punishable act. He is therefore obliged to give up all social contacts with the people many of whom are capable of exercising benevolent influence upon him, and join a motley crowd whose members are known for a variety of crimes, from petty larceny to anything short of manslaughter. The prisoner is humiliated to an extent that he loses any sense of the dignity of person. This prison system ensures that in most cases a first-time offender becomes over a short period a hardened criminal.
A better alternative is to turn the prisons into reformatories where the detainees can discover their inherent goodness and become responsible members of society.