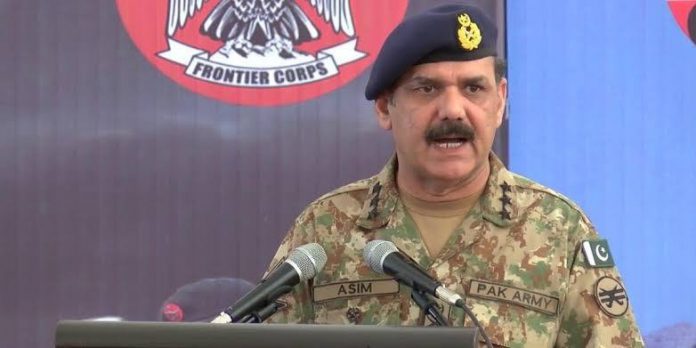 After refuting allegations, Lt Gen (retd) Asim Saleem Bajwa has announced that he is stepping down from his role as the Special Assistant to the Prime Minister on Information and Broadcasting.

However, he would continue to serve as the Chairman of the China-Pakistan Economic Corridor (CPEC) Authority. “I want to focus fully on CPEC projects,” said Bajwa in an interview to a private channel. Bajwa said that he would submit his resignation to Prime Minister Imran Khan on Friday.

The development comes after CPEC Authority Chairman Asim Bajwa rebutted the allegations made by a journalist regarding assets owned by him and his family.

In a tweet, Bajwa said: “I strongly rebut the baseless allegations leveled against me and my family. Alhamdolillah another attempt to damage our reputation belied/exposed. I have and will always serve Pakistan with pride and dignity.”

The remarks from CPEC chief comes after journalist Ahmad Noorani published news about assets allegedly owned by his wife, brother and other family members.

As per the news report, Asim Bajwa’s brothers, wife and children own 99 companies in four countries, more than 130 active franchise restaurants, and 13 commercial properties, including two shopping malls in the United States.

Earlier, Asim Bajwa declared his assets after becoming member of the cabinet. As per declared assets, Bajwa’s immovable property is worth Rs151.433 million — two in Islamabad, two in Karachi, two in Lahore and one each in Rahim Yar Khan and Bahawalpur.