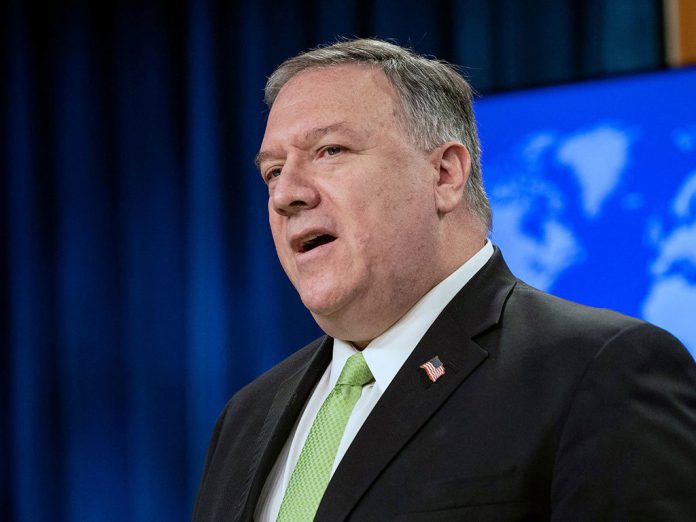 WASHINGTON: US Secretary of State Mike Pompeo called Wednesday for Turkey and Greece to reduce tensions over disputed maritime rights and gas resources in the eastern Mediterranean.

“President Trump has been in conversations with President Erdogan, he’s spoken to the prime minister in Greece,” Pompeo said.

“We’re urging everyone to stand down to reduce tensions and begin to have diplomatic discussions” about security and energy, he told reporters.

“It is not useful to increase military tensions in the region. Only negative things can flow from that.”

Greece has accused Turkey of violating its sovereignty by pushing ahead with natural gas exploration activities in disputed waters southwest of Cyprus.

Both countries deployed naval warships to the area in shows of force, elevating concerns over a possible clash.

On Monday Turkey showed no sign of compromising, saying its vessel conducting seismic surveys for hydrocarbons would stay in the region until September 12.

On Tuesday Pompeo announced that the US would lift its two-decade arms embargo on Cyprus, allowing non-lethal equipment to the country in a move that angered Ankara.

He said Wednesday that the decision was “a long time coming,” not directly linked to the tensions between Greece and Turkey.

“We thought it was the right thing to do,” he said.

But Turkey’s foreign ministry said the US move “poisons the peace and stability environment in the region” and does “not comply with the spirit of alliance” between the United States and Turkey.