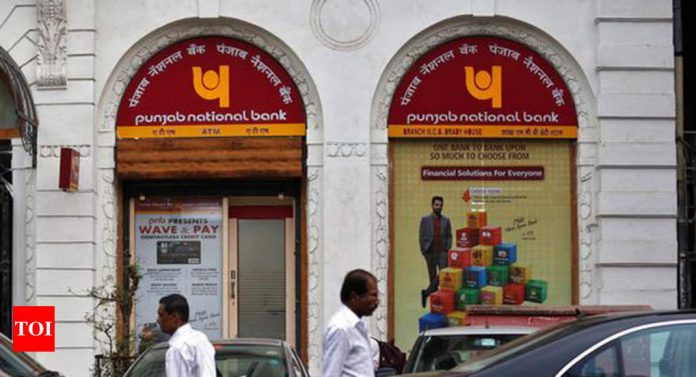 The consolidation will bring down the total number of public sector banks in the country to 12 from 27 in 2017.

Oriental Bank of Commerce and United Bank will be merged into Punjab National Bank. The consolidated entity will be the second-largest PSB with a business of Rs 17.95 lakh crore, at least 1.5 times of the current size of PNB.

Two banks coming from the South – Canara Bank with Syndicate Bank will be merged. The combined size of the business will be Rs 15.2 lakh crore, roughly 1.5 times that of Canara Bank currently. The combine will have the third-largest branch network in the country with 10,342 branches.

Andhra Bank and Corporation Bank will be merged into Union Bank of India. This will mean a combined business of Rs 14.59 lakh crore, roughly twice the size of UBI currently. This will make it the fourth largest in terms of a network of branches with 9,600 branches.

The fourth one will be the consolidation of Indian Bank with Allahabad Bank making it the seventh-largest with a total business of Rs 8.08 lakh crore, approximately 1.9 times the current size of Indian Bank.

In a media briefing to announce the various measures taken to improve the efficiency of the banking system in the country, FM Sitharaman said the mega-merger plan will result in large cost reduction arising from network overlaps.

Bank of India, Central Bank of India, UCO Bank, Bank of Maharashtra, and Punjab and Sindh Bank will continue to operate as before and will be provided necessary support from the government.

The government has taken care that the technological platforms used by the banks are compatible and enable a quick realization of gains without any customer inconvenience or disruption in services.

The government in a major decision today decided to merge a number of public sector banks (PSBs) to streamline their operation and size. The Oriental Bank of Commerce (OBC) and the United Bank of India (UBI) has been merged into the Punjab National Bank (PNB).

Besides this, the Syndicate Bank has been merged with the Canara Bank while the Andhra Bank and Corporation Bank will merged with Union Bank of India.

The government has also announced that the Indian Bank will be merged with the Allahabad Bank. This will make it the seventh largest state-owned bank in India.

This decision was announced by Finance Minister Nirmala Sitharaman during a special press conference in New Delhi today.

These mergers come months after the Modi government announced merger of Dena bank and the Vijaya Bank with the Bank of Baroda. This merger came into effect on April 1 this year.

In 2017, the number of public sector banks in India was 27. After today’s decision, this number will fall to 12.