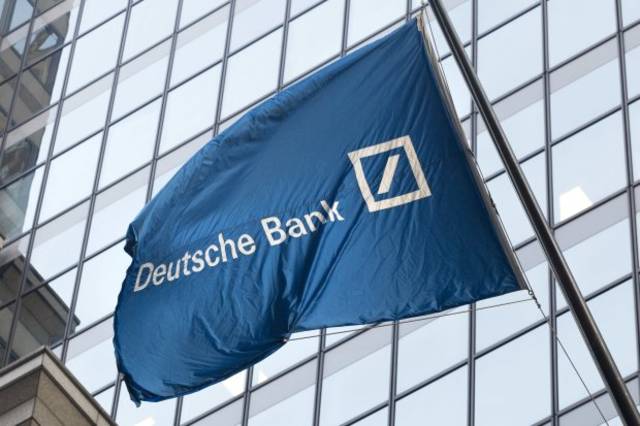 LONDON: Deutsche Bank settled for more than $16m with US authorities amid charges it had hired the relatives of foreign officials to win business.

The Securities and Exchange Commission (SEC) said that it had fined the bank for hiring poorly qualified people just to get close to their decision-making relatives.

Under the settlement’s terms Deutsche did not admit any wrongdoing over the charges.

“Deutsche Bank provided substantial cooperation to the SEC in its inquiry and has implemented numerous remedial measures to improve the bank’s hiring practices,” a spokesperson told Reuters last night.

The SEC said the German bank has taken steps to ensure this does not happen again.

The regulator said that Deutsche had hired the staff between 2006 and 2014 with the “primary goal” of getting business from their relatives at state-owned businesses. The work included initial public offerings.

It also accused Deutsche of keeping false books and records to cover up its dodgy hiring.

A deal in the works for BNP Paribas (BNPP.PA) to assume the prime brokerage operations of Deutsche Bank (DBKGn.DE) will involve the transfer of up to 800 people, a person with knowledge of the matter said on Friday.

Deutsche Bank said in July that it had struck a preliminary agreement with BNP for the business that serves hedge funds as part of its 7.4 billion euro ($8.19 billion) overhaul, but details on personnel and the timing of any final deal were not given.

The person, speaking on condition of anonymity, said that the agreement may be finalised within the coming weeks, confirming news first reported in the Financial Times.

Jyske Bank will impose a negative interest rate of 0.6 per cent for clients who deposit more than 7.5m Danish kroner (£916,000).

In effect, it means millionaires will lose money to the bank every year.

The bank, the country’s second-largest lender, will introduce the negative rate on 1 December later this year.

Mr Dam went on to say that there is an expectation there will be negative interest rates “over the next eight years”.

He said the bank’s profits from its private customers deposits had suffered a “large deficit” which was increasing as customers continued to deposit more money.

“Therefore, we intervened and set an upper limit of 7.5m Danish kroner,” he explained.

Denmark became one of the first countries to introduce negative rates in 2012.