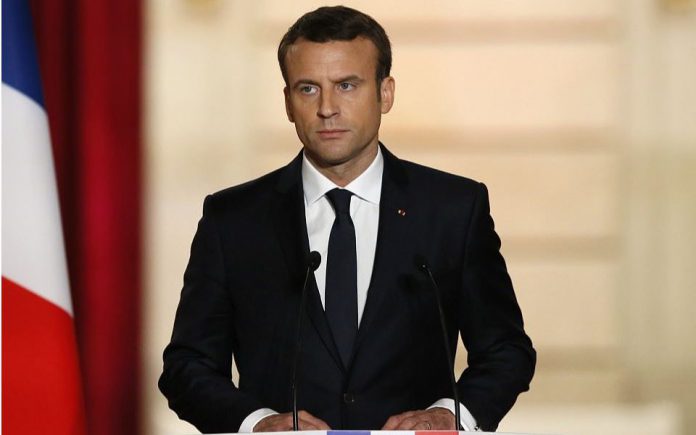 PARIS: French President Emmanuel Macron is pressing ahead with a digital tax in France, a move U.S. President Donald Trump described as “foolishness”, and the French leader is keen to reach an international agreement on taxing big tech companies.

Macron will seek common ground with Trump and other G7 leaders at a summit in Biarritz this weekend. Washington has expressed concern that U.S. Internet companies are being unfairly targeted.

The governments of large European countries have been vexed by their inability to tax the profits of multinational tech companies that they believe are derived in their jurisdictions.

Internet giants such as Facebook (FB.O), Google (GOOGL.O) and Amazon (AMZN.O) are currently able to book profits in low-tax countries like Ireland and Luxembourg, no matter where the revenue originates.

The French leader pushed hard for a digital tax to cover European Union member states, but ran up against resistance from Ireland, Denmark, Sweden and Finland.

After talks on an EU digital tax foundered, Macron’s government imposed its own unilateral tax.

The 3% levy applies to revenue from digital services earned by firms with more than 25 million euros in French revenue and 750 million euros ($830 million) worldwide.

Paris is not alone among European capitals in proposing a tax on big tech. Britain, Spain, Italy and Austria have also announced plans for their own digital levies.

The goal now is to secure a broader agreement under the auspices of the G20 and the OECD. Macron wants G7 leaders to agree on the principle of a universal tax to provide impetus to this effort.

G20 finance ministers agreed in June to compile common rules to close tax loopholes and promised to “redouble efforts” for a consensus-based solution to be found by 2020.

G7 finance ministers agreed the following month that there should be a minimum level of tax to discourage countries from competing in a “race to the bottom”.

“Now the G20 is set to discuss this issue further, there’s not much left for the G7 to do,” a Japanese government official said. “We (Japan) are hoping to keep in step with France. But that doesn’t mean the G7 will decide anything new at this summit.”

Trump. The U.S. president has already lambasted Macron’s “foolishness” for pursuing a French digital levy and has threatened to tax French wines in retaliation.

The row illustrates how digital taxation could open up a new front in the trade spat between Washington and the EU as economic relations between the two appear to sour.

Trump’s threat to punish France should not be taken lightly. It followed U.S. Trade Representative Robert Lighthizer’s office announcing an investigation into the French tax, which it called an unfair trade practice that penalized U.S. tech companies for their commercial success.

Low-tax jurisdictions also have misgivings about Macron’s tax plan because it would make it harder for them to attract foreign direct investment with the promise of ultra-low corporate taxes.