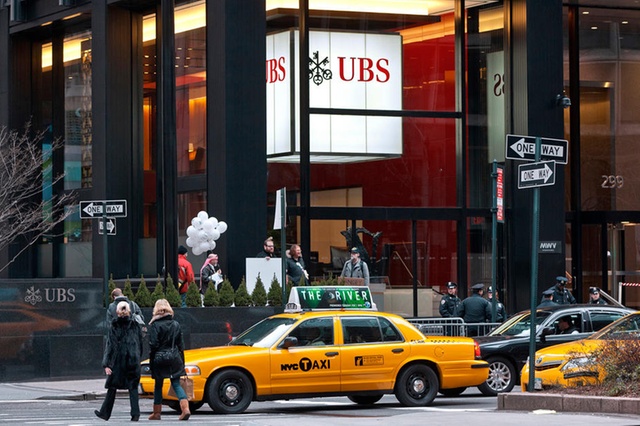 FRANKFURT: UBS announced the appointment of Christine Novakovic as the chief executive officer of the Swiss Bank’s European Union operations.

The appointment, which is based in Frankfurt, will make Ms Novakovic one of the most prominent bankers in Germany where women occupy less than 10 per cent of top management jobs in the finance industry.

She succeeds Thomas Rodermann, whose contract was not renewed after “friendly, mutual agreement”, the bank said. Her appointment is effective Sept. 1.

In addition to her new role as CEO of UBS Europe SE, she will continue to oversee wealth management in Europe, the Middle East and Africa, as well as take on head of country for Germany and Austria.

“This setup will allow us to streamline and simplify the management structure, reduce internal coordination effort and enable faster and more flexible decisions,” Roland Koch, chairman of the supervisory board of UBS Europe SE, said in a note to employees.

In Germany’s finance industry women occupied only around 9 per cent of top management jobs in 2017, and the pace at which the gender gap is narrowing has slowed in recent years, a study last year by German Institute for Economic Research, or DIW said.

“In no other industry is it so unlikely for women to reach a position at the level of the board or just beneath,” DIW said in its report, which encompasses 100 top banks and 60 large insurers.

DIW will update its study in January.

Meanwhile, China will lower borrowing costs for companies — but it may not boost the economy as much as some hope.

Amid a slowdown in the economy, the central bank on Saturday announced a interest rate reform that would make corporate loans more affordable. While that could theoretically boost investment and support the economy, some experts caution against expecting an immediate impact.

The People’s Bank of China will on Tuesday revamp the way it decides the country’s loan prime rate, or the LPR — essentially what banks offer to their best clients. The central bank also requires lenders to price new loans based on the revised LPR, a move that’s expected to align rates more closely to the broader Chinese market.

“Since policy-makers are keen to lower the funding cost in the real economy, both LPR and average loan rate will likely drop, albeit modestly, after the new mechanism starts,” Macquarie economists wrote in a note on Saturday.

While banks will be able to reduce the cost of credit, Wang predicted that its impact will likely be “very muted.” That’s due to the fact that credit demand in China is weak, and cheaper funding won’t be enough to encourage firms to spend more, she said.

“Companies are worried about uncertainties related to trade dispute, slower economy — so even lowering the rates may not actually be able to stimulate a lot of credit demand,” Wang told CNBC’s “Street Signs”.

“I would say the … stimulative impact on the economy, I think it’s very muted,” she said, even though she acknowledged that it would help corporate balance sheets.

“In the current uncertain environment, companies are reluctant to increase investment (and) to borrow more because they’re worried about their orders in the future … their business outlook,” she said.

Beyond making financing more affordable, the government also needs to encourage more infrastructure spending if it wants to support economic growth, she added.

“They also need to continue to push for reforms in terms of opening up more business sectors, so that (the) private sector can invest instead of the traditional sectors,” Wang said.

The U.S. and China have been locked in a tariff fight since last year. Both sides slapped retaliatory tariffs on each other’s goods worth billions of dollars, and there are signs that the trade war is starting to take a toll on China’s growth.