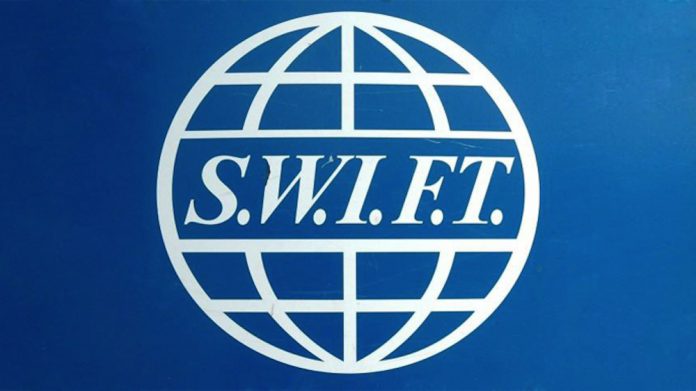 “We have incorporated a new wholly-owned foreign entity in Beijing, which means we will be able to localize our products and services to the China market soon,” Michael Moon, SWIFT’s managing director of payments, trade and communications for APAC, told China Daily in an exclusive interview.

A source from the company confirmed that the new entity will announce its establishment officially.

With this new entity, SWIFT will provide products and services, as well as the contracts behind SWIFT services, in the Chinese language. It will also invoice in renminbi as an option on top of the euro or US dollar, the executive said. SWIFT stands for the Society for Worldwide Interbank Financial Telecommunication.

Economic and trade tensions are creating worries for global markets and may potentially affect the trajectory of the renminbi in its internationalization.

“We see growth in use of the RMB on the SWIFT network, and businesses are growing. More and more financial institutions are transacting in RMB. And China is among the top five economies globally in terms of contribution to the SWIFT business,” Moon said.

“By the end of April 2019, around 2,543 financial institutions made worldwide payments in RMB. Among them, over 872 banks use the Chinese currency for payments without involving the Chinese mainland or Hong Kong.”

The SWIFT RMB Tracker showed that in June 2019, the RMB retained its position as the fifth most active currency for international payments by value, with a share of 1.99 percent.

Overall, RMB payments value declined 1.83 percent compared to May 2019. In general, all payments currencies decreased by 3.55 percent. In terms of international payments, excluding payments within the eurozone, the RMB ranks 8th with a share of 1.28 percent in June 2019.

“We have over 500 customers in China, including banks, financial institutions, market infrastructures and corporates, and we have a representative from the Bank of China serving as a SWIFT board member,” Moon said.

“There are a number of initiatives occurring to further facilitate RMB global usage, such as the Cross-border Interbank Payments System, or CIPS, with whom we are working to promote wider usage of RMB in global cross-border businesses,” he said.

CIPS was launched in 2015 by the People’s Bank of China, the central bank, to facilitate RMB clearing and settlement for financial institutions in the mainland and companies conducting cross-border and offshore business.

There were over 872 banks connected to CIPS globally by the end of April. SWIFT and CIPS signed a letter of intent in January 2019 to enhance cooperation in supporting RMB’s cross-border payment services.

Following extensive consultations within the global financial community in late 2018, SWIFT announced a transition of SWIFT payments and cash traffic to “ISO 20022” starting in November 2021.The global payments community will complete their transformation by the end of 2025.

China is already using this new standard in the market. CIPS and CNAPS are both users of ISO 20022, and “we are currently working with the China payments community to facilitate the transformation,” Moon added.

SWIFT is a neutral cooperative founded in Brussels in 1973. It has been serving Chinese banks for their cross-border payments since 1983 when the Bank of China became the first Chinese customer on its network.

With almost four decades of development of the Chinese economy and SWIFT’s increased investment in the country’s market, China is among the top five largest contributors to SWIFT’s business globally.

Cryptocoins and blockchain technology are also increasingly discussed as potential game changers to the cross-border payments market, and those discussions are gaining in intensity with the prospect of the Libra cryptocurrency’s launch announced in June.

“When it comes to improving payments, what you are really doing is to remove the frictions that reside mostly in financial institutions, for example, compliance, reconciliation, checks, documents, to ensure the payment is secure and accurate. With blockchain or other technologies, you still need to tackle these frictions and you still need to have the pervasive reach of networks,” Moon explained.

“Even for a stable coin, no matter whether it is pegged to one currency or a basket of currencies, when used in cross-border payments the process is complicated since the account holders need to convert their currency to the pegged currency basket and vice versa,” Moon said.

“The longer the process, the more forex risk the holders and beneficiaries will be exposed to. There are also mismatches in reserve currencies and liquidity issues when beneficiaries show a strong appetite only for a limited number of strong currencies,” Moon added.