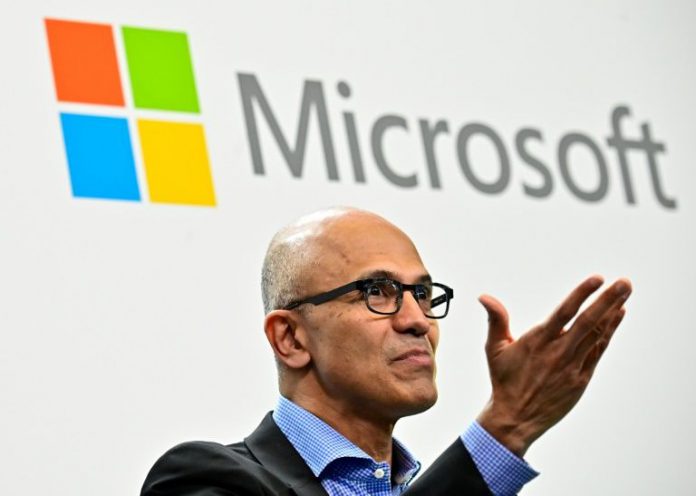 SAN FRANCISCO: Microsoft delivered stronger-than-expected earnings in the recently ended quarter, citing growth in partnerships with companies on technology and cloud computing services.
The US technology titan, shifting in recent years to business services from consumer tech, reported its net income rose 49 percent to $13.2 billion on revenue that was up 12 percent to $33.7 billion.
Microsoft’s profit in the fiscal fourth quarter that ended June 30 was helped by at $2.6 billion tax benefit, according to the company.
The results showed the “strongest commercial quarter ever,” for Microsoft, said chief financial officer Amy Hood.
Chief executive Satya Nadella said the results closed out a record fiscal year for the tech giant, which has the largest market value of any company at more than $1 trillion.
“It was a record fiscal year for Microsoft, a result of our deep partnerships with leading companies in every industry,” said Nadella.
“Every day we work alongside our customers to help them build their own digital capability — innovating with them, creating new businesses with them, and earning their trust. This commitment to our customers’ success is resulting in larger, multi-year commercial cloud agreements and growing momentum across every layer of our technology stack.”
Net income for the fiscal year more than doubled to $39.2 billion on revenue that was up 14 percent to $125.8 billion, according to the earnings report.
Microsoft shares rose 1.3 percent to $138.15 in after-market trading that followed release of the earnings figures.